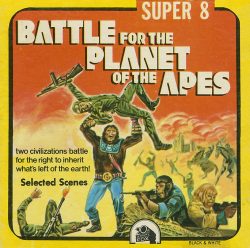 Classic, 8mm film, super 8, action, sci-fi. Color. This is only the trailer of the film, every scene compilation I’ve upload is taken down very fast.

Ten years after a worldwide series of ape revolutions and a brutal nuclear war among humans, Caesar must protect survivors of both species from an insidious human cult and a militant ape faction alike. 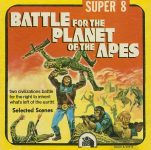