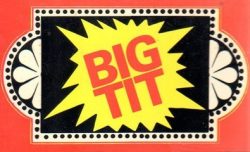 Pack contains “Big Tit” 8mm films which has no cover available yet. List will be updated in time and any 8mm Big Tit films without cover will be added to this post. Each clip has a single download link with his own title name, to be easier to identify. Screenshots are also available bellow for all the films from the list.