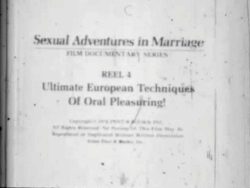 Sexual “Adventures In Marriage” film documentary series consists of 4 reels of (film parts 1 thru 4) and the book, “Sexual Adventures in Marriage”.

The film is part of the Sex Education Series, produced as a visual aid to Sex Instructions and Sex Education. 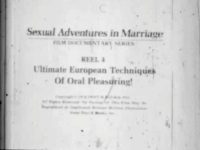