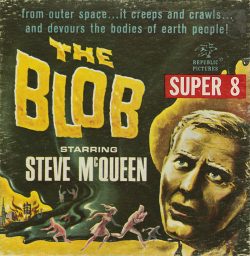 An alien lifeform consumes everything in its path as it grows and grows. A mysterious creature from another planet, resembling a giant blob of jelly, lands on earth. The people of a nearby small town refuse to listen to some teenagers who have witnessed the blob’s destructive power. In the meantime, the blob just keeps on getting bigger.