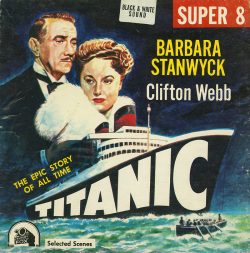 Unhappily married and uncomfortable with life among the British upper crust, Julia Sturges takes her two children and boards the Titanic for America. Her husband Richard also arranges passage on the doomed luxury liner in order to let him have custody of their two children. Their problems soon seem minor when the ship hits an iceberg.